UN experts reported that North Korea is testing “nuclear trigger devices” and that its preparations for another nuclear test were in their final stages in June.citing information from unidentified countries.

The expert panel said in new excerpts from its latest report obtained by the agency on Friday access point what “they have not been able to identify the test locations and dates” for nuclear trigger device tests reported by a UN member state.

In excerpts obtained Thursday, experts said North Korea is paving the way for additional nuclear tests with new preparations at its Northeast test site and continuing to develop its ability to produce a key ingredient for nuclear weapons.

In the new excerpt, the panel said: “In early June, two member states assessed that preparation for nuclear tests was at a final stage.”

On other issues, the panel said in Thursday’s excerpts that North Korea carried out two major attacks this year, resulting in the theft of “hundreds of millions of dollars” worth of cryptocurrency assets. Pyongyang also continues to import oil and export coal illegally in violation of UN sanctions, using the same companies, networks and vessels, he said.

Intelligence officials from South Korea and the United States have said they detected North Korea’s efforts to prepare its northeastern Punggye-ri test range for another nuclear test. Would the seventh from North Korea since 2006 and the first since September 2017, when he claimed to have detonated a thermonuclear bomb to place on his intercontinental ballistic missiles.

The report of the panel of experts to the UN Security Council provides some details of the work that the Democratic People’s Republic of Korea, the official name of the country, is carrying out on the site.

The experts said they noted that the DPRK started re-excavation work in March at the entrance of Tunnel 3 at Punggye-ri “and rebuilt the support buildings originally dismantled in May 2018″. 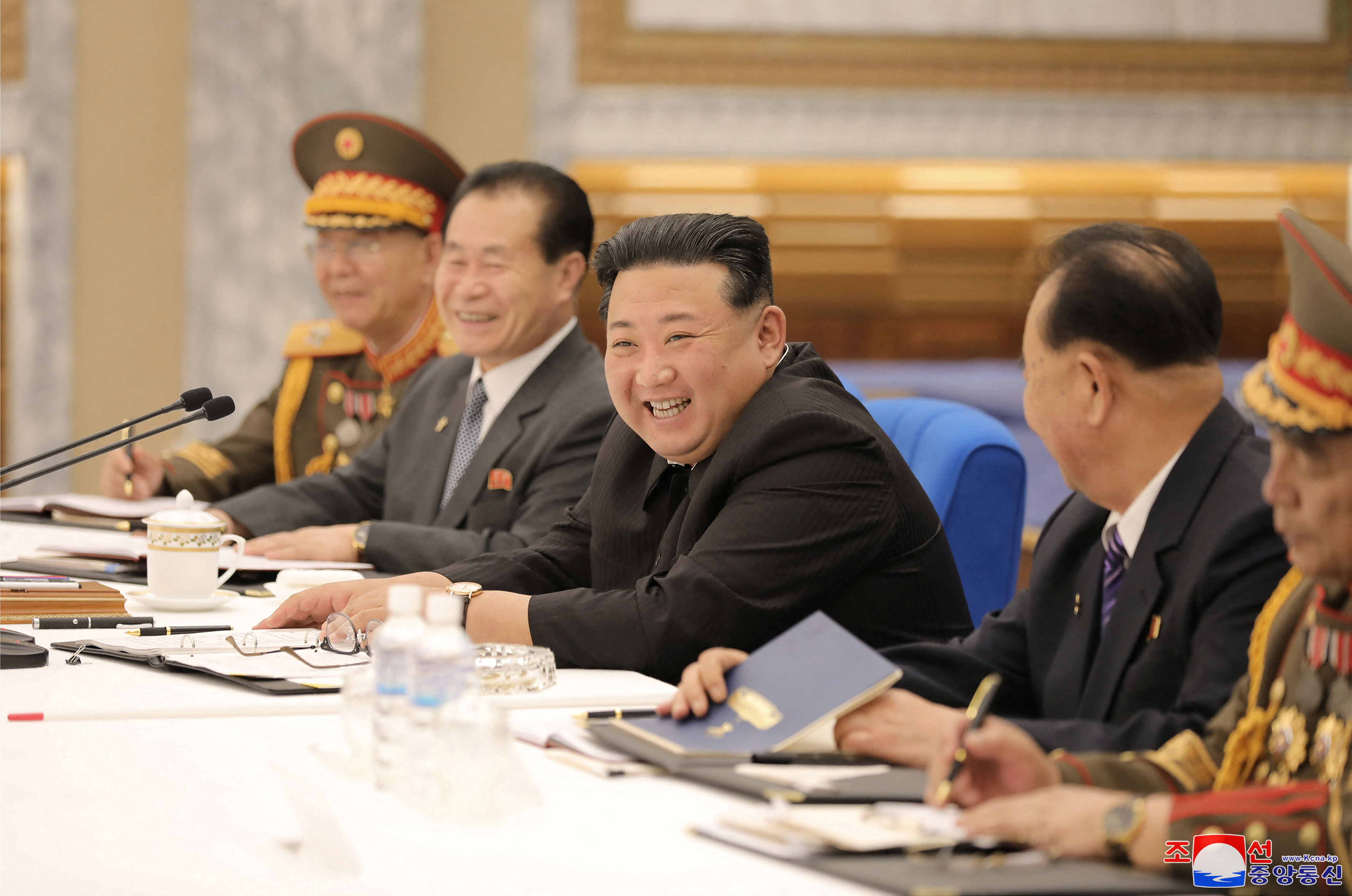 “Satellite images showed an increased number of vehicle tracks around this secondary entrance since mid-February 2022, followed by the construction of a new building adjacent to the entrance in early March,” the panel said. “A pile of wood, for possible use in the construction of the tunnel structure, was also detected at about the same time.”

He added that “during this period piles of earth from the tunnel excavation were observed around the entrance.”

“Work at the Punggye-ri nuclear test site paves the way for additional nuclear tests for nuclear weapons developmentthe experts said, adding that this is a goal set at the Eighth Congress of the country’s ruling Workers’ Party of Korea in January 2021.

Robert Floyd, head of the UN nuclear test ban treaty organization, told a UN press conference on Friday that his monitoring facilities detected the DPRK’s previous six nuclear tests. “If there is a seventh time, I am very confident that our system will detect it, we will characterize it, and that information will be shared with the states of the world.”said.

Floyd attends high-level conference reviewing the historic Nuclear Non-Proliferation Treaty that began on Monday and ends on August 26. Under the provisions of the NPT, the five original nuclear powers (The United States, China, Russia -then the Soviet Union-, Great Britain and France) agreed to negotiate to one day eliminate their arsenals and the nations without nuclear weapons promised not to acquire them. in exchange for a guarantee of being able to develop nuclear energy for peaceful purposes.

Floyd raised the question of whether the possibility of a seventh DPRK nuclear test will strengthen or weaken non-proliferation and disarmament agreements, “and the appetite of states to see these things come to fruition.” 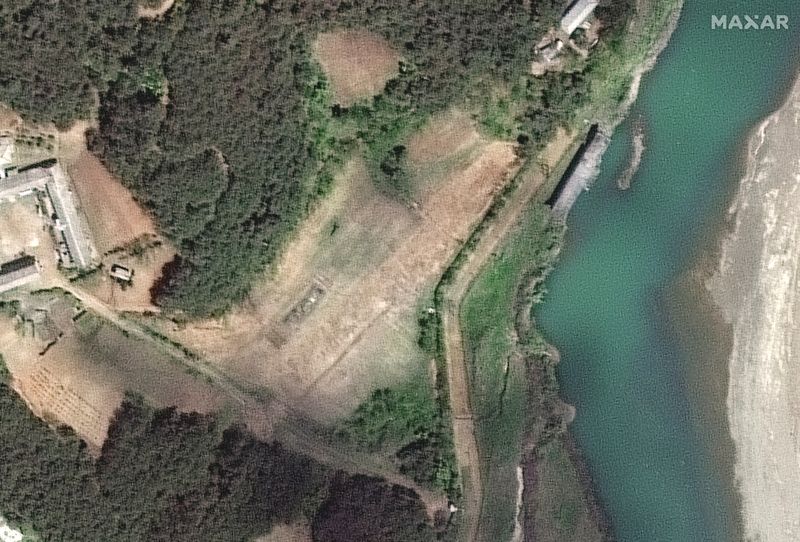 “I wonder how much that is really feeding into the tone that we heard this week during the review conference, where there was quite a bit of accommodation of various positions,” he said.

“I wonder if states are recognizing at a time like this that it’s really important to be able to strengthen the NPT and come together around some of these very important issues, rather than, ‘Oh, andThis is one reason why we must abandon something as important as the cornerstone of the nuclear architecture.’Floyd said.

In another aspect of the DPRK’s nuclear program, analysts said satellite images from last September showed that North Korea was expanding a uranium enrichment plant at its main Yongbyon nuclear complex.a sign that he wanted to boost production of the key material for the bomb.

The UN experts said in the new report: “The DPRK continued to develop its capacity for the production of nuclear fissile materials at the Yongbyon site.”

Nuclear talks between the United States and North Korea have stalled since 2019 over disagreements over the DPRK’s demand to lift crippling US-led sanctions and Washington’s demand that Pyongyang take significant steps toward nuclear disarmament.

The North Korean leader Kim Jong Un expanded his ballistic missile program amid diplomatic breakand analysts say another nuclear test would intensify his brinkmanship aimed at cementing the North’s status as a nuclear power and negotiating security and economic concessions from a position of strength.

The expert panel said that the DPRK continued to accelerate its missile programs, launching 31 missiles “combining ballistic and guidance technologies”including six intercontinental ballistic missiles and two “explicitly described as ballistic weapons.” He said the DPRK also claimed to have made progress in its development of “tactical nuclear weapons.”

(With information from AP)

Is North Korea moving nuclear weapons to its border?
Vladimir Putin announced that he will send nuclear-capable missiles to Belarus
The Chinese Regime Launched a Secret Trial Against Two Prominent Human Rights Defenders
Seoul promised to respond “with force” to the provocations of the Pyongyang regime
© PinkAsk
Manage Cookie Consent
We use cookies to optimize our website and our services.
Manage options Manage services Manage vendors Read more about these purposes
View preferences
{title} {title} {title}