A world of people. The organizers calculate that the first day about four thousand people will have passeds: a priori is too discreet a number. No one could have thought that, two and a half months after the closing of the most popular Book Fair in history, the other fair, the Publishers’ Fair – which brings together independent publishers – was going to attract the public so massively.

“I am very surprised at the number of people in these first hours,” he says. Carlos Diazpublisher of the Siglo XXI label, which brought about two hundred titles from its catalogue. The surprise is repeated in other editors, who did not expect, already the first day! and in the midst of the complex economic situation that Argentina is going through, have to go back to the warehouse and bring more books to replenish the sales.

The C Art Media Complex (Av. Corrientes 6271) where the eleventh edition of the FED takes place is taken over by readers. Without stands or large constructions, some three hundred publishers are accommodated at long tables —smells like indie spirit— without distinguishing the most historic from the smallest. The tables create “streets” that were baptized with the names of beloved writers: John Horn, John Joseph Saer, Sarah Gallardo, there uhart.

The image is repeated: you can’t walk without bumping into someone carrying several books. Despite the value, which is at an average price above 2,000 pesos —an issue that worries everyone, especially publishers—, the FED is the place to buy the novelty that one was waiting for, that book that is not got, that recommendation that circulates between the tables like word of mouth. One thing to keep in mind: cash, card and Mercado Pago are accepted, and all publishers have prepared special offers and promotions. “We have the books with a 10 percent discount,” says Maximiliano Papandrea, from Sigilo, who highlights from his catalog the new book by Mary LukeJesse Ball novels and Rageby Clyo Mendoza.

“I was thinking of spending about ten thousand pesos.” Most of the readers consulted say that they had reached the FED with that figure. “I think I’m going to spend twice as much,” says Natalia, a woman who walks down the street from Chilean and Colombian bookstores. “That is the sector to go carefully,” says another reader, who highlights the books of Alchemy (Chile), Creature (Uruguay), Abyssinia (Colombia), Montacerdos (Chile). And, since we are talking about Montapigs, a bomb: In a short time they put out a book of autobiographical chronicles by Mariana Enríquez. 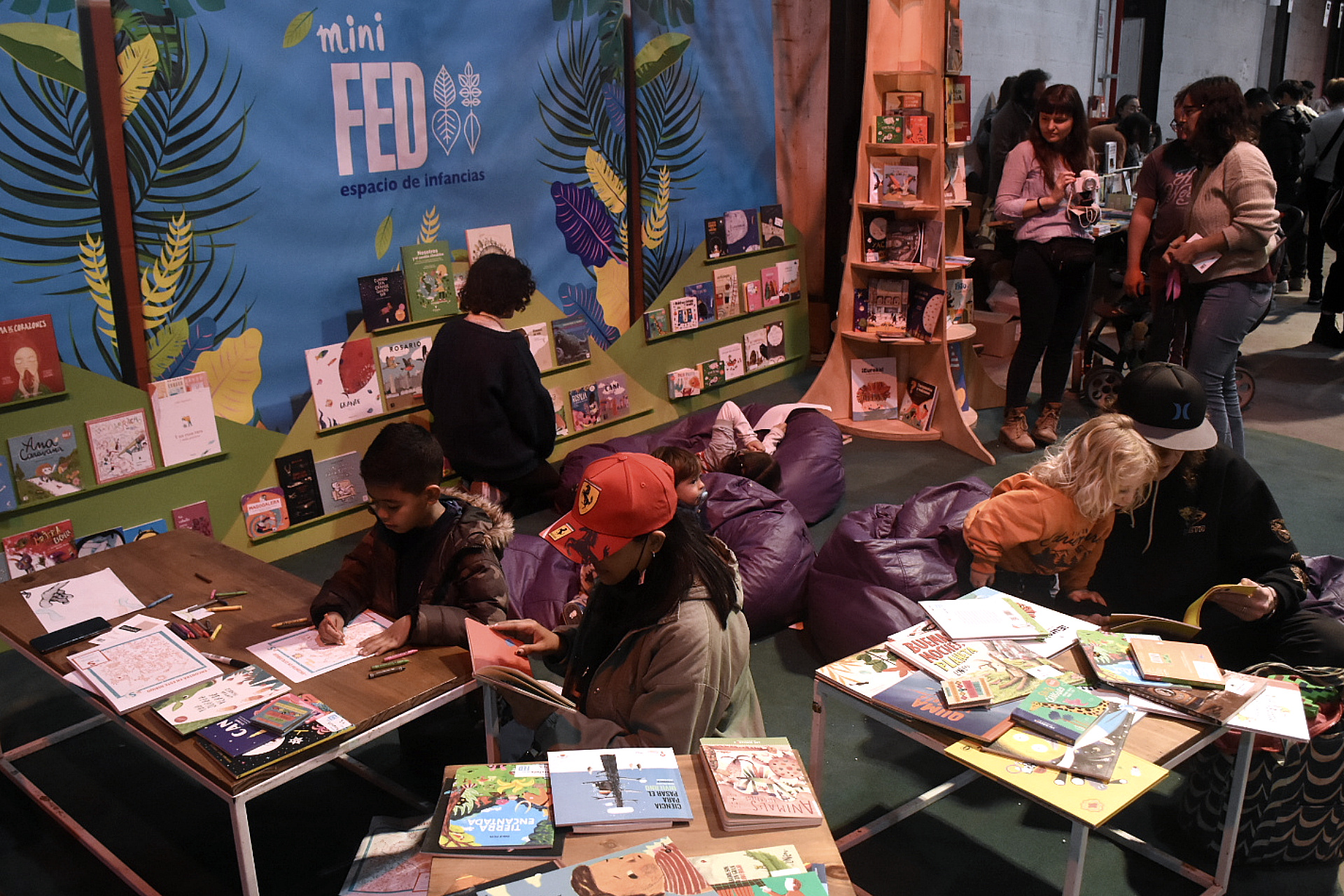 With room for the boys. At the Publishers Fair. (Photo Nicholas Stulberg)

“I have already purchased tomorrow you are notby Lee Child, and Thank youby Pablo Katchadjian,” says editor Laura Leiker, “and now I’m going to buy things at Godot.” Laura and Horacio, husband and wife, take life afterby Donald Antrim (Ed. Chai), and plum soupby Katherine Mansfield (Eternal Cadence). The editor Antonio Santa Ana —author of The eyes of the Siberian dog— and his daughter — or as he tells her on Twitter: #hijade13— walk through the streets of the FED with a heavy backpack of books: his are several copies of poetry, like those of Teuco Castillahers, The Legacy of Little Womenby Anne Boyd Rioux (Ed. Ampersand), the book of daysby Michael Cunningham, and the sundial, by Shirley Jackson (these two from Fjord).

On Forn street, claudia pineiro talk to Diego ErlanAmpersand Publisher. Pine tree she has four bags full of books: some are for her —Margo Glanz, Sylvia Molloy, Cristina Peri Rossi, Rebecca Solnit—, others are for gifts —the chronicles of Hebe Uhart, the novels of Yates and Bermani— and she also takes some curiosities like the anthology of korean women writers neon mazeand other books in Portuguese —a language he has been studying for a long time—.

There are those who came to the talks: while making time to listen to peter orner (author of Anyone there?) Ana —who came with her book to be signed— walks around the tables of Bajoluna and La Bestia Equilateral. she has in her hand Obligation to be cool, of betina gonzalez (Ed. Gog and Magog), of which, incredibly, there are no more copies left.

Few chinstraps, many mates —individuals—, many hugs, some babies. Excited greetings in the cafe at the entrance and the one on the first floor. The enthusiasm of a first day that promises a weekend of partying.