Although Colón as an institution did not make any request or formal complaint to the Ministry of Security of the Province of Santa Fe, a group of fans/members/peñas/groups/affiliates received a resounding “NO” after having submitted a note to the Jorge Lagna for the return of flags in the Cemetery of the Elephants. The response to which El Litoral agreed in its journalistic investigation was blunt: “The serious conflict of the Colón brava has not been overcome. There are two very clear, dangerous and divided factions in each header. One is called Los de Siempre and the another La Negrada del Centenario. The measure of not entering flags is simple: if they commit a criminal act again, we cannot film, photograph or identify those violent, because they hide behind the big flags. “

In the same sense, from the same Provincial Government they assured that “one thing is what people can ask for with fanaticism, social networks, notes, flags. All that is passionate. But the leader is for something else. The leaders de Colón (N. de R.: the interlocutors sent by the club are Dr. Luis Hilbert and the general secretary Gustavo Ingaramo) know very well where we are standing with the serious internal of the barra brava with the two factions. It is a topic which is barely concealed or ironed out but not solved at all. The issue is there, it is serious, with a very serious history. Each sector took over the head of the Colón stadium and from there they threaten each other. In the south, Los de Siempre and in the Norte La Negrada. The other day, without going any further, they threatened each other with chants”.

In addition to recalling the total ban for the match with Independiente de Avellaneda (this Monday at 9:30 p.m.) to enter any type of flags (neither long cloth-type rags nor girls), the security forces recalled a ministerial resolution that Colón he failed again in the last local game against Aldosivi de Mar del Plata. “Colón was notified of a ministerial resolution by which the club must set up, at each local game, a phenolic block to act as a separator in the sector that overlooks the FONAVI neighborhood. Union should have done it as well. Despite the recommendations, the Colón club disobeyed this resolution of the Ministry. We arrived at the game with Aldosivi and they had not rented it, it costs 80,000 pesos. We solved it with 40 police officers that we put on the hour because they had not warned us anything from Colón”.

Specifically, according to what Security explained to the Santa Fe newspaper, “the prohibition of flags in the Colón stadium is for strategic security reasons. Those violent people want to hide and cover their faces behind the flags; we are not going to allow. We continue to live with two very dangerous supporters within the club’s fans and it is something that is visible to everyone who goes to the stadium. They cannot deny it, nor look the other way”. 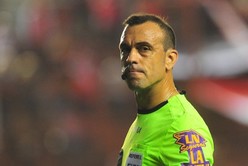 The note, dated July 27 and addressed to Minister Jorge Lagna, expresses the following verbatim: “Fans, members, supporters clubs, affiliates and groups of Club Atlético Colón see the need to request, through this document, that the restriction measures that weigh on the flags be reviewed on the days that the first team of our institution plays a game as a local”.

“Having complied with the sanctions that this portfolio previously imposed, both in national and international competitions, we do not find reasons why the entry of flags and party favors in general is prohibited. It is worth noting that in the other fields of the province The same measure does not apply (it is only being applied in our club) so we consider it totally DISCRIMINATORY “, say the sabaleros fans.

“A soccer game should be a party and more so in a club like Colón that enjoys massive popular representation and identity. Therefore, we believe that this type of restrictive measure goes against common sense and undermines the show in general. For everything Therefore, we urge you and/or whomever it may concern to review this decision to ensure that the rules on these issues will apply equally to everyone, the people of Colón do not deserve measures that border on discrimination. Waiting for a prompt response and favorable, we remain at your entire disposal”, concludes a letter that today is an anecdote.

Looking ahead to next Monday’s match, at 9:30 p.m., against Independiente de Avellaneda, the thousands of Colón fans who attend the Elephant Cemetery “will not be able to enter flags of any size and of any kind.”

One of the complaints of the fans and sabaleros partners in networks is summed up with the phrase “those from Central and Union brought flags, flares, fireworks and nothing happens with them.”

The official explanation indicates that “both Rosario Central for the match with Newell’s in the past classic and Union against Godoy Cruz de Mendoza will be severely sanctioned by the Ministry of Security for the prohibited use of pyrotechnics inside each stadium,” they anticipate.

“Unión asked permission to enter the giant curtain against the Mendocinos and we authorized it thinking about the color of soccer but they did not respect the pyrotechnics. The same thing happened with Rosario Central. In the case of Newell’s Old Boys from Rosario, they asked us for authorization to smoke bombs and they respected it”, they indicate before the consultation of El Litoral.