Home Entertainment “I don’t even have a copy of ‘Santa Evita’ signed”: confessions of...
Ezequiel and Tomás Eloy Martínez together in Barcelona, ​​in 2002, when the novelist won the Alfaguara Prize.

I don’t have any copies of Saint Avoid dedicated by my father. It never occurred to me to ask him to sign one for me, although I must have tired him of giving him copies for friends, colleagues and occasional commissions. I keep, yes, some of his other books with excessive dedications: “To the writer and journalist that I admire the most”, “For my buddy”, “To the first reader of this novel”,… his affection translated into words written in black ink and a lowercase letter, the one that I always found so similar to mine.

I like to think that they look alike so much, that when in these last few days I once again went through their files on the research about the pilgrimage of the embalmed body of Eva PeronI found notes and notes that in many cases I don’t know if they were made by him or by me, because the calligraphies are camouflaged. The same thing happens with history and fiction in your novel. which now comes in the form of a miniseries directed by Rodrigo Garciaa successful filmmaker who is also the eldest son of Gabriel Garcia Marquez. Destiny often abuses these coincidences: the first edition of Saint Avoid she arrived at bookstores embraced by a sash that read: “Here is, finally, the novel that I wanted to read.” It bears the signature of the Colombian who in 1982 had received the Nobel Prize for Literature.

I found it inside the first print edition in June 1995, which I still have with its frayed plastic skin and the marks of a reading crossed by the secret formulas of a narrative alchemy where truth becomes fiction and vice versa. I knew them very well: I was their sorcerer’s apprentice for some stretch of the research process for the novel.. In the early 1990s, calls from him first thing in the morning from his home in Highland Park, in New Jerseyasking me to check some precise data, to locate this or that person, to go to a newspaper library and make a list of all the films that had been shown at the Rialto cinema in November and December 1955. That same night, and with the same urgency, he called me to ask me if I had already gotten everything for him. Nostalgia falls like a disobedient avalanche, without asking permissionwhile I find some remnants of those orders in the folders of your archive. 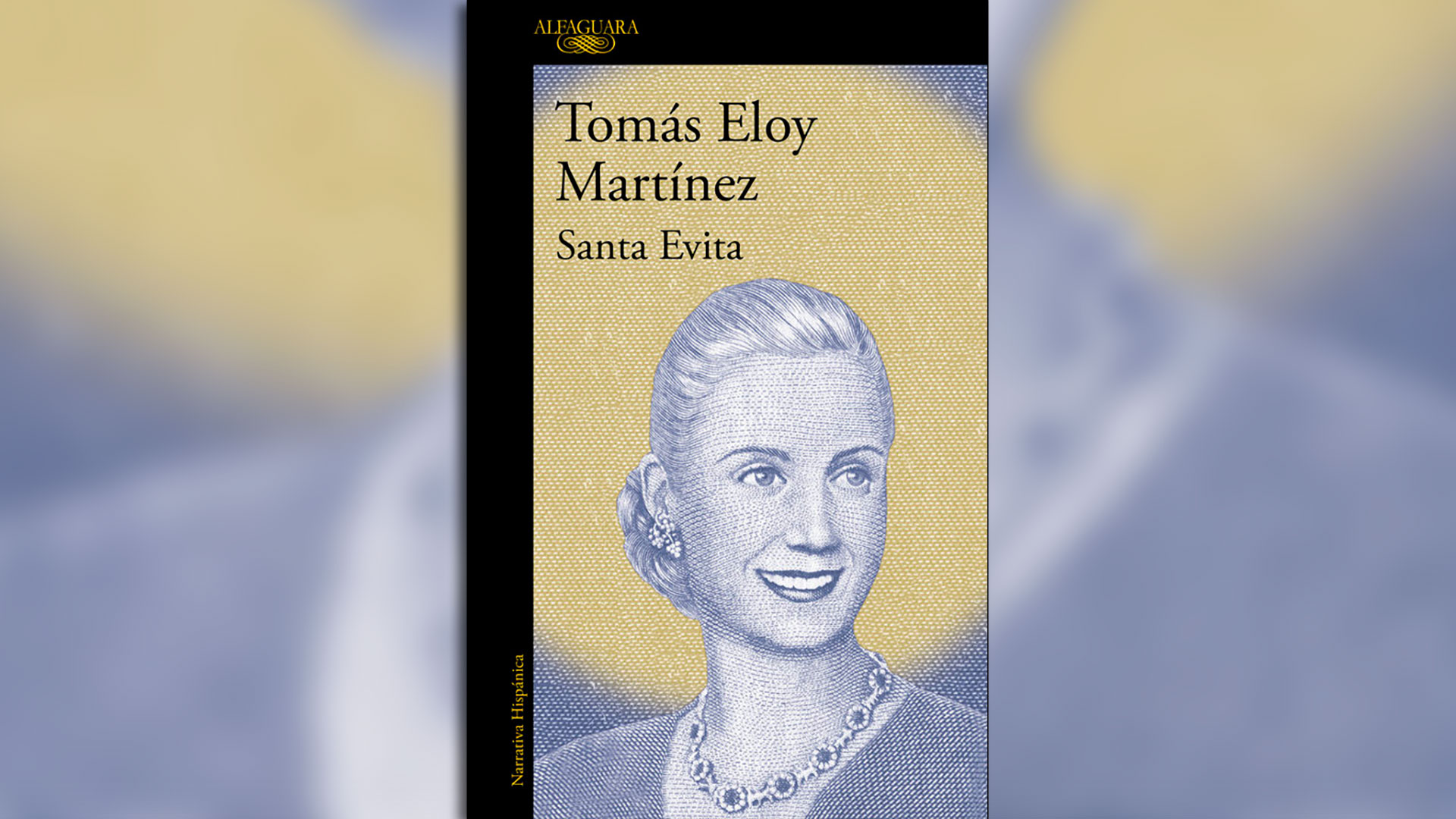 Memories also appear between the pages of that first edition without a dedication. Like a lost pointer in a passing rereading, the invitation card to the first public presentation of Saint Avoid at the Ibero-American Cooperation Institute (the well-remembered subsoil of the ICI premises on Florida Street, today known as CCEBA). accompanied by the editor John Ovenand sepia-tinted snippets of that revealing dialogue can still be found on YouTube today. The date of that presentation coincides with the anniversary of Evita’s death, July 26, the same day she passed to immortality seventy years ago now. The same day that almost three decades later the miniseries based on the novel is released. The marketing of anniversaries in its purest form.

I think it was in that act that the inventions of Saint Avoid suffered the first contrast with the X-rays of reality. Two or three rows behind where I was sitting, while my father explained that had been Rodolfo Walsh who told him a first rumor about the fate of Evita’s body In the Argentine consulate in Bonn -or one of its copies, according to the novel-, a man who identified himself as a sculptor jumped out of his chair to affirm that he had worked together with two assistants in the three copies of Evita’s body manufactured to disorient the bloodhounds of both sides. He was so dramatic in his story and forceful in the details that no one dared to contradict him. 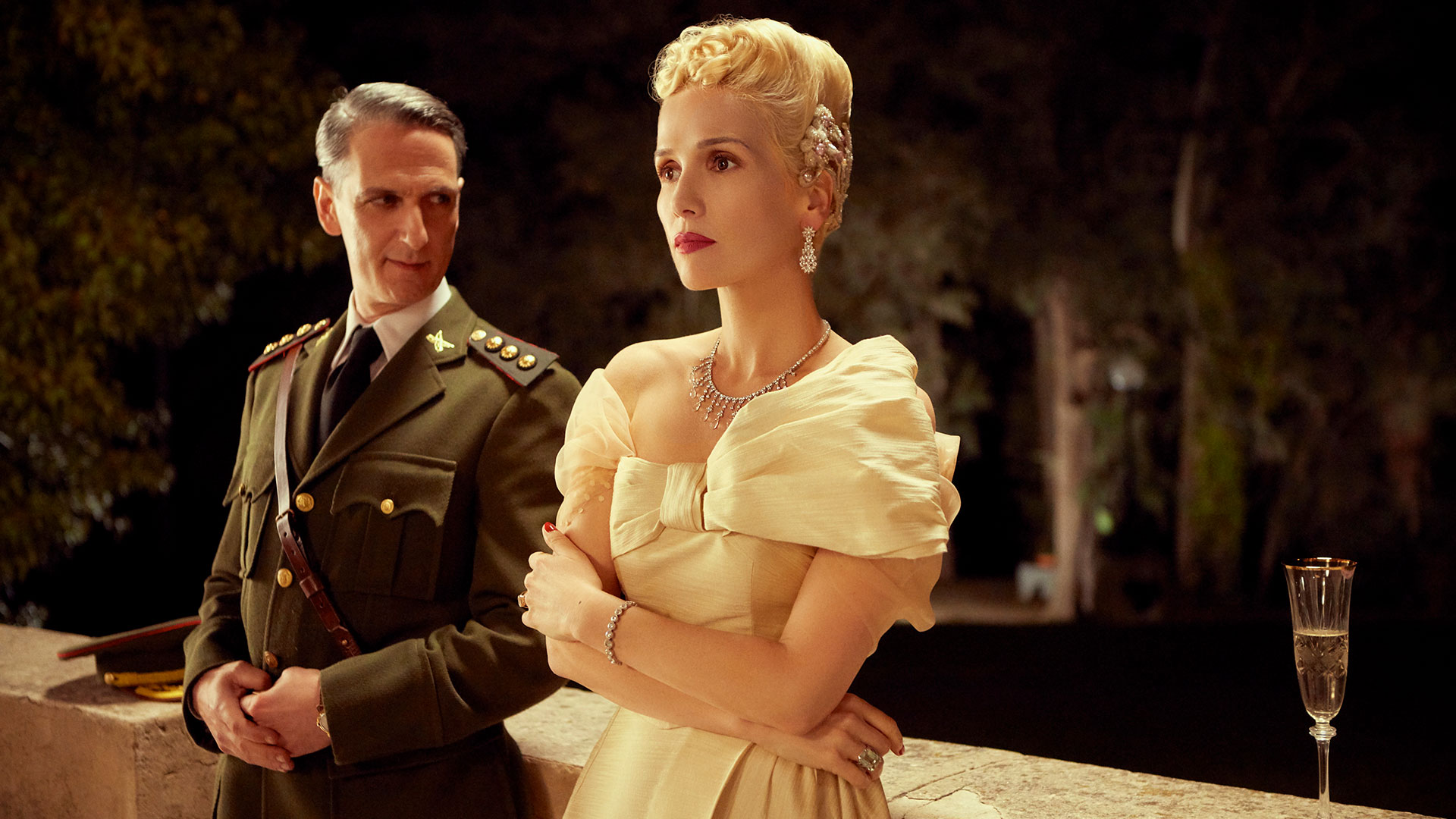 In the miniseries Natalia Oreiro plays Eva Perón and Ernesto Alterio, Carlos Moori Koenig, the colonel who kidnapped the body of the First Lady.

This anecdote was followed by others that were more worrying: journalistic texts that added fictitious testimonies of the novel as documentary support to their rigorous investigations, or biopics about Eva Perón that put phrases in her mouth that she had never said except in the imagination of the novel. There are several texts, conferences and essays with the signature of Thomas Eloy Martinez who tried to clear up these confusions, but it was already too late. All the waters were mixed in a historical plot already elusive.

“In novels, what is true is also a lie”, defines the narrator in the last chapter of Saint Avoid. The author, who at that point is already a character, made him a castling to the strategy of the so-called new journalism of the sixties, where a real event was told with the technique of novels. Here the narrative procedure is exactly the reverse: fictional events are told as if they were real.using some techniques of journalism and propping up the facts with interviews, documentation and investigative notes. And yet, as a counterweight to the imagination, there is the file that he left Thomas Eloy Martinez: drawers loaded with folders identified with different labels that say “Moori Koenig”, “Return Operation”, “Renunciation”, “Necrophilia”, “Doña Juana”; they all overflow clippings, index cards, newspaper articles, classified reports, photocopies and notes that took years to collect. 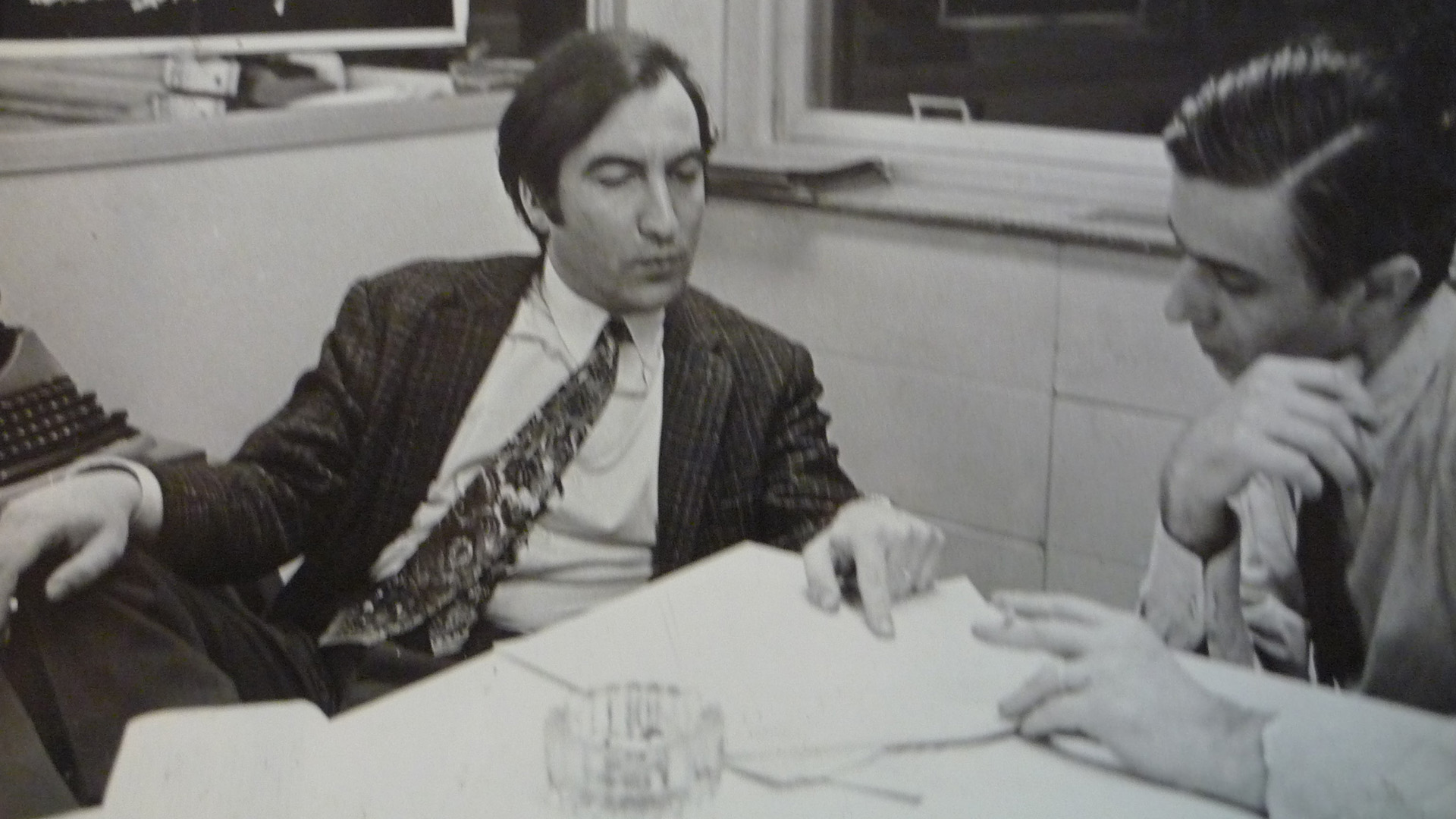 Tomás Eloy Martínez in the Panorama newsroom in 1971. It was the year that Evita’s body was returned to Juan Domingo Perón.

I don’t have any copies of Saint Avoid dedicated in my own handwriting by my father. But in the final pages, where the acknowledgments appear, he dedicates an exaggerated paragraph to me that multiplied in print: “To my son Ezequiel, who taught me like nobody else to investigate military and journalistic archives.” Once again, the truth allowed itself to be seduced by the winds of his imagination.

*Ezequiel Martínez is a journalist, cultural manager and executive director of Fundación El Libro, which organizes the Buenos Aires International Book Fair and the Children and Youth Fair. He is executor of the work of his father, Tomás Eloy Martínez.

♦ He was a prestigious writer, journalist, essayist and film scriptwriter. He was the first Argentine journalist to put a writer on the cover of a magazine: it was Jorge Luis Borges.

♦ His novels Saint Avoid Y Peron’s novel They were the ones that earned him the greatest international recognition. He also published, among others, The passion according to Trelew Y death common place.

♦ His work is characterized by blurring the boundaries between journalism and literature.

Fifteen moments from “Santa Evita”, the novel that is now also a series
“Santa Evita”, from the book to the miniseries: keys to the adaptation of the bestseller by Tomás Eloy Martínez
Lost for decades: they publish the first story of Tomás Eloy Martínez
What to read this weekend: Elena Ferrante, Paul Auster and Arturo Pérez-Reverte for less than 500 Argentine pesos
© PinkAsk
Manage Cookie Consent
We use cookies to optimize our website and our services.
Manage options Manage services Manage vendors Read more about these purposes
View preferences
{title} {title} {title}